Although, sight conservation is a important mission of the Club, the growth and help of the Chapel Hill Community is also very important to these members. The money raised from this event is also used to fund and support the Chapel Hill Volunteer Fire Department, fund an ambulance station in Chapel Hill, provide a Senior Citizens Center, as well as help support local youth projects such as Boy Scouts, Girl Scouts, 4-H projects and many other youth activities.

In addition to providing an athletic complex for the Community which consists of football, softball, baseball and soccer fields, the Chapel Hill Lions Club has just committed to the building of a $500,000.00 field house complex which will be used in conjunction with the fields. This facility is slated for opening on October 8, 1999. 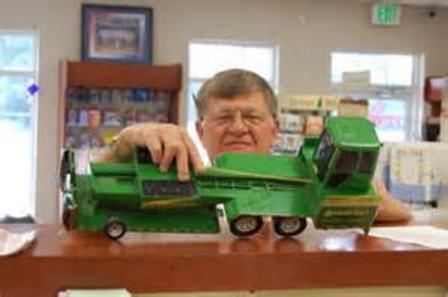 On May 31, 1946, a group of 16 civic minded men in Chapel Hill,Tennessee, motivated by a concern for the improvement of their community, established the Chapel Hill Lions Club. Over the years, the Lions Club has used different avenues to raise money to support various projects for the Chapel Hill community.

In 1976, the club sponsored the first truck and tractor pull, a spectator sport which was just giving birth, especially in rural farming communities across the country. That first pull consisted of local farm stock tractors, a sort of "bring what you got, run what you brung sort of pull". In the late 197O's, the Chapel Hill Lions Club, voted to take their pull to the State level with a purse of $2,000.00.

From that original group of 16 men, the Chapel Hill Lions Club now has a membership of 106 men and women and is the second largest Lions Club in the State of Tennessee. The proceeds from this event are used to help fund sight projects across Middle Tennessee through the Lions Eyebank and Sight Service at Vanderbilt Hospital in Nashville. In addition, the Chapel Hill Lions Club has committed $100,000.00 to help build a new Children's Eye Hospital at the new Vanderbilt Children's' Hospital.